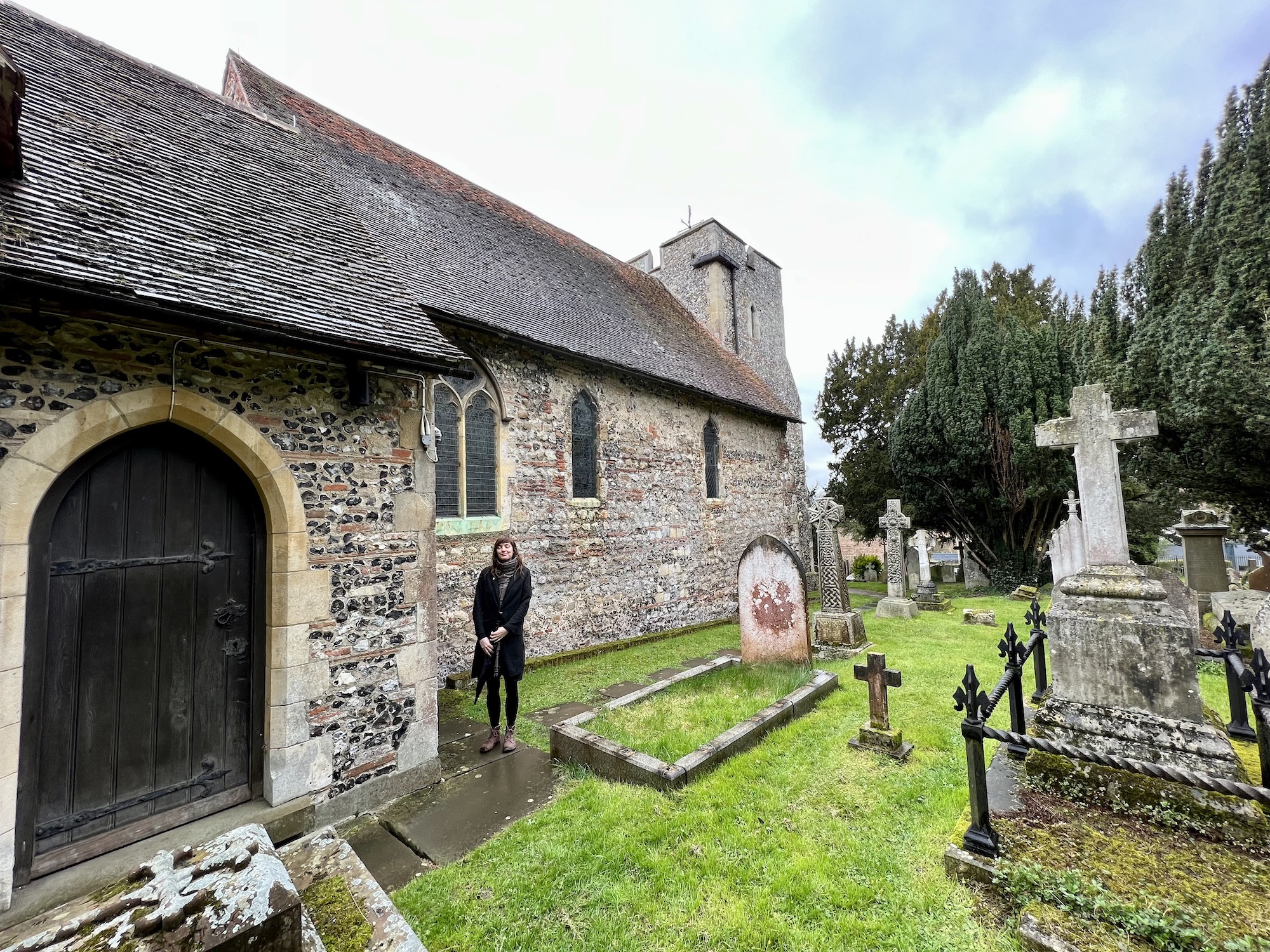 The next stop on my journey exploring Anglo-Saxon England is at Canterbury, where I meet one of the Osteologists involved in the “Finding Eanswythe” project: Dr Ellie Williams. We meet on Lady Wootton’s Green, a small green space with the statues of two dominant figures in Canterbury’s history: King Ethelbert of Kent and his Merovingian Queen Bertha. While Bertha played a significant role in the Christianisation of Ethelbert and the Kentish region, she was never canonised. We discuss this interesting topic over a coffee with Sheila Sweetinburgh and conclude that there was no political need for the canonisation in comparison to later periods. In later generations, when territorial pressure and political power intertwined with religion played a crucial role in the consolidation and extension of kingdoms, the creation of saints and the opportunity to connect to royal and saintly lineages became more important. I visited St Augustine’s Abbey remains before our meeting, and the fact that the remains of St Mildred, the great great-granddaughter of King Ethelbert and Queen Bertha, together with her shrine were, transferred from Minster-in-Thanet to the Augustinian Abbey in 1027 (or 1031) and placed in a prominent position “greatly revered” by the people (English Heritage) speaks for this argument.

Just a short walk from the university, which offers fantastic views of the remains of the Augustinian Abbey through large windows and glass floors, we come to St Martin’s Church (one of the three parts that form the UNESCO World Heritage site). I am impressed to stand in front of the “oldest church in the English-speaking world”, and Bede lets us know that this was the church where Queen Bertha used to pray. Parts of the walls date to Roman times, with extensions during the Anglo-Saxon period. The walls tell the long story with visible alterations and (comparably modern) graffiti: “1662 WR”. The graveyard surrounds the church with a notable height difference, resulting from layers and layers of burials over the centuries. Despite its central location, the church and the graveyard, with its ancient yew trees and extraordinary gravestones, represent a space where time seems to matter less than in the outside world.

As a map and cartography lover, I am grateful for Ellie’s parting gift – a copy of John Speed’s map of Canterbury from 1612 – to find my way around the city and back to my accommodation. I am fascinated to navigate my way through Canterbury with this map and find the landmarks that still stand (no need for help from Google). So, despite the fact that Canterbury is actually not marked on my webmap. I very much enjoyed this exploration of Canterbury and found the history, places, and buildings I encountered extraordinary, from the great details on the statues of Ethelbert and Bertha (based on Queen Arnegunde’s grave in Paris and the Sutton Hoo finds) to the amazing site of St Martin’s Church. This was a wonderful opportunity to meet another member of the project team in person and set the scene for my visit: Minster Abbey at Minster-in-Thanet.