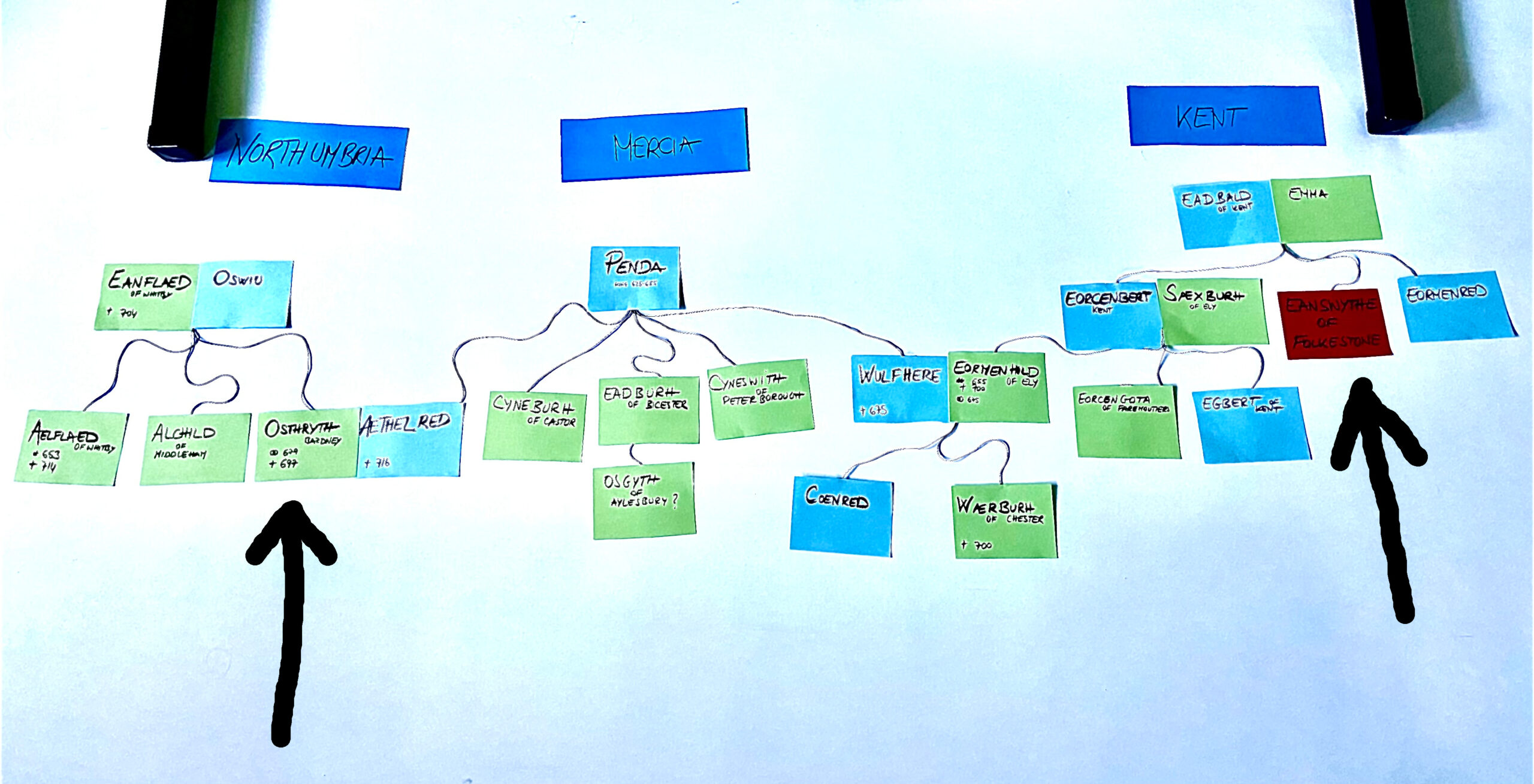 First of all, Anglo-Saxon history is intriguing but at the same time mind-bogglingly confusing for somebody who has not studied it for the last 20 years or so. Everything started with Woden, the chief of Anglo-Saxon gods and mythological ancestor of the Anglo-Saxon royal dynasties (see Eanswythe’s Pedigree). Afterwards, everything is obscure until we get to the first Anglo-Saxon kings we know from written sources. However, more information does not mean it gets easier to untangle the individuals and connect them. In order to find such connections, I tried free software for creating genealogies, mind maps and finally, Inkscape. Nothing really helped. So, I retreated to pure analogue mapping of family connections on my floor with index cards and yarn.

My first intention was to connect Osthryth, the Northumbrian Queen associated with Bardney monastery and niece of St Oswald, to the wider genealogy of royal dynasties in Northumbria, Mercia and, of course, most importantly to Kent and Eanswythe of Folkestone. This exercise would allow me to visualise the wide network and connection between the individual female Anglo-Saxon saints in Britain.

The map only shows the beginning of this attempt, and I am very much looking forward to extending this map, including the saints of my next trip to the north. Looking at the connection between Osthryth and Eanswythe, we can see that Eormenthild of Ely, the niece of Eanswythe, was an in-law of Osthryth. The daughter of Eanswithe’s brother Eorcenbert – Eormenhild of Ely – was married to Wulfhere, brother to Aethelred, Ostrhyth’s husband. This gives us the connection between the dynasties of Eadbald of Kent, Penda of Mercia and Oswiu of Northumbria… and there are more connections to map out.

For a clearer view on the connection, I finally digitised the result (also in Connections):