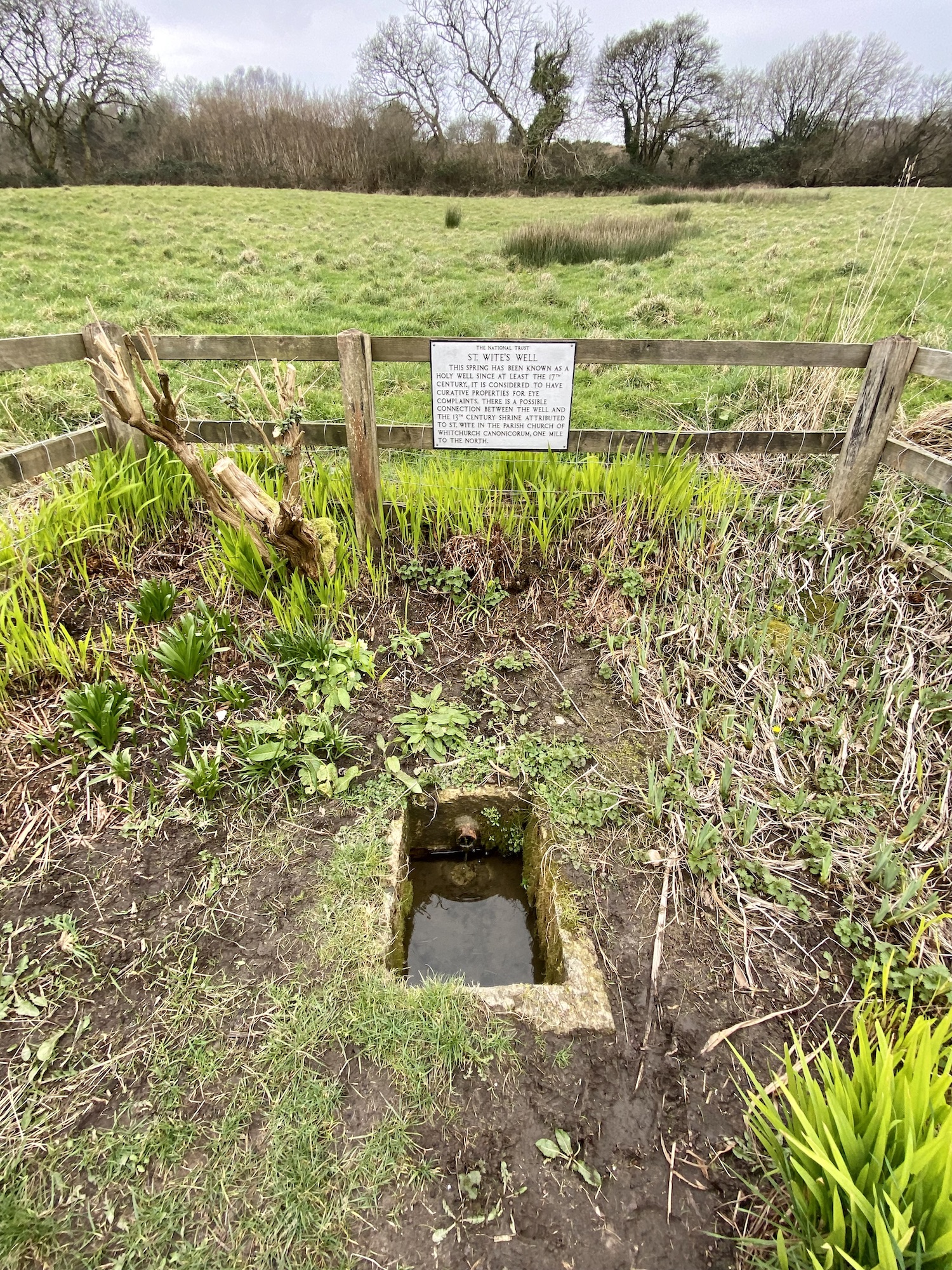 Water plays an essential role in many religions across the periods and beliefs and features prominently in the places associated with cultic acts and religious procedures: water has healing capabilities; water is used to baptise and a symbol of cleansing and purification of body and soul; water bodies were parted to show heavenly intervention in worldly issues, defying the laws of nature. Roman temples were often associated with springs dedicated to goddesses and healing powers ascribed, sometimes continuing the earlier, local deity connection. Baptism fonts and holy water play a significant role in the holy sacraments. So, it is no wonder that some Anglo-Saxon female saints have water in some form or the other associated with them. The theme of water includes rivers, the sea, wells and springs, and waterfowls.

St Modwen’s symbol, for example, is a swan. She is said to have divided the River Trent to save the lives of two virgins, and swans took her up to the heavens when she died (see my blog on St Modwen). St Werburh is associated with wild geese, as is Milburh of Wenlock, based on the same story: preventing the birds from eating the crop. Also, a river saved Milburh from her pursuer, who wanted her in marriage against her will. There is a well at Wenlock associated with Milburh. Other holy wells with healing capabilities were associated, for example, with St Frideswide (see blog on the patron saint of Oxford), her prayers produced a spring with healing powers that she dedicated to St Margaret of Antioch and remained a destination for pilgrimage ever since. The background story of non-Anglo-Saxon saints in the west during the Anglo-Saxon period shows similarities: Juthwara, Sidwell and Urith, a group of western female saints, have a very similar story, all beheaded with a scythe by villagers, wrongly accused by an evil and jealous step-mother. A spring appeared where the virgins were killed. We have wells, springs and churches dedicated to saints with the names of Teara (St Hierith, (Urith) at Chittlehampton), St Arid at Kington, St Wite at Whitchurch Canonicorum. St Julitta’s Church at Lanteglos by Camelford is associated with a holy spring nearby. Some of the springs are able to cure eye diseases and are places where the purple pimpernel grows (a herb known for healing properties). St Sidwell’s well at Exeter was the destination of pilgrimage for many centuries and is today fully restored (pers. Comm. Howard, owner of the cafe) but hidden under the raised floor of the cafe. Others were destroyed by the water board, much to the dismay of present-day worshippers at St Hieritha’s Church, who still hold a revel on 8th July and whose well is regularly blessed by the vicar on the saints day. Legend has it that St Wite (St Candida or St Blanche) was abducted by English pirates and escaped from the ship by jumping overboard and walking on water back to the shore. Pilgrimages are still made to St Wite’s Church and well, and the National Trust on which land the well lies, put up an information plaque on the site, though it might nowadays not be advisable to drink the water (see article below). The original wellhead (with potentially healthy water) is now lost as the farmer of the land found it too dangerous for his animals. The trough at the bottom of the field is not the original St Wite well and should perhaps bear the patient information: “Not for internal use”.

There can be no life without water, and the connection to the saints reflects this fact. Today, we pollute our rivers; plastic is a growing danger in our oceans; climate change leads to floods and droughts. It is perhaps time to be reminded that water is a precious gift not merely a commodity.

Ryall, D. The Legend of St Hierith & the well, Chittlehampton

Waters, C. Who was St Wite? The Saint of Withchurch Canonicorum