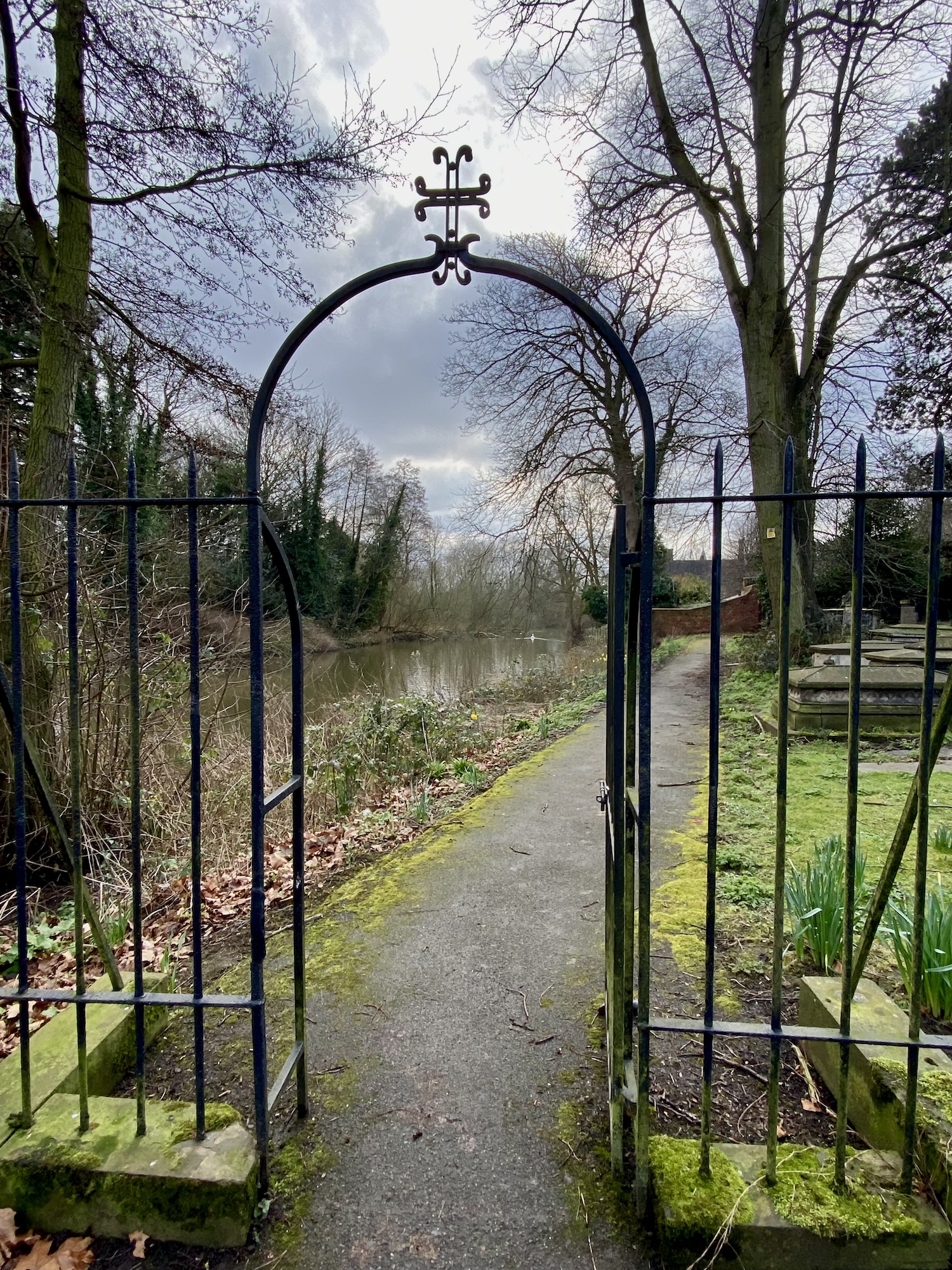 Burton-upon-Trent has two churches dedicated to Saint Modwen, its patron saint. There is not much known about Modwen. She was apparently an Irish noblewoman who, on her pilgrimage to Rome, founded a first church dedicated to St Andrew on the Island that is today known as Andressey Island and a second church on the western bank of the River Trent dedicated to St Peter. The present St Modwen’s Church on the eastern bank was build in the location of the 11thcentury Benedictine Abbey where St Modwen’s shrine would have stood until its destruction during the dissolution, but her cult continued to this day. The abbot Geoffrey of Burton wrote the history of Modwen’s life (translated by Professor Robert Bartlett), including the miracle when the water in the River Trent parted so that St Modwen could rescue two virgins she had sent on an errand and capsized on the mission. Her symbols are the Celtic cross and the swans, the former symbolises her origin and the latter reminiscent of the silver swans that took her to heaven when she died. Both symbols are artistically represented in St Modwen’s Copes of the church. As so often in the legends and histories of the saints, we find the symbol of water and waterfowls. A holy well on Andressey Island was apparently healing various ailments, and the monks used it to brew their special Burton ale.

Today, the church of St Mary and St Modwen in the centre of Burton offers a quiet place for worship and contemplation. I like the idea of the flags spanning the length and breadth of the churches ceiling, representing the many nationalities the church community comprises, as the parish priest Fabian Adindu explains to me. A lovely gesture in challenging times.

However, the location more directly associated with St Modwen is St Modwen’s Church at the bank of the River Trent and Peel’s Cut enclosing Andressey Island. The green space behind the marketplace, occupied by more waterbirds than people, the beautiful trees alongside Peel’s Cut and the assemblage of the church, graveyard and the former infirmary of Burton Abbey across the wall have something calming and peaceful. No signs of waves powerful enough to capsize a boat. Revd Robin Trotter kindly offered to give me a tour around the church and the former infirmary (today The Winery). He is a treasure trove of knowledge on St Modwen and the church’s history, and, again, I am struck by the dedication and continuing interest in the history of Anglo-Saxon female saints. And again, nothing but legends and history is left of that period, but they are kept alive in the stained glass windows, the statues, the booklets, the minds of the people working and worshipping in these places. The place has a special atmosphere though almost a perfect combination of culture and nature.