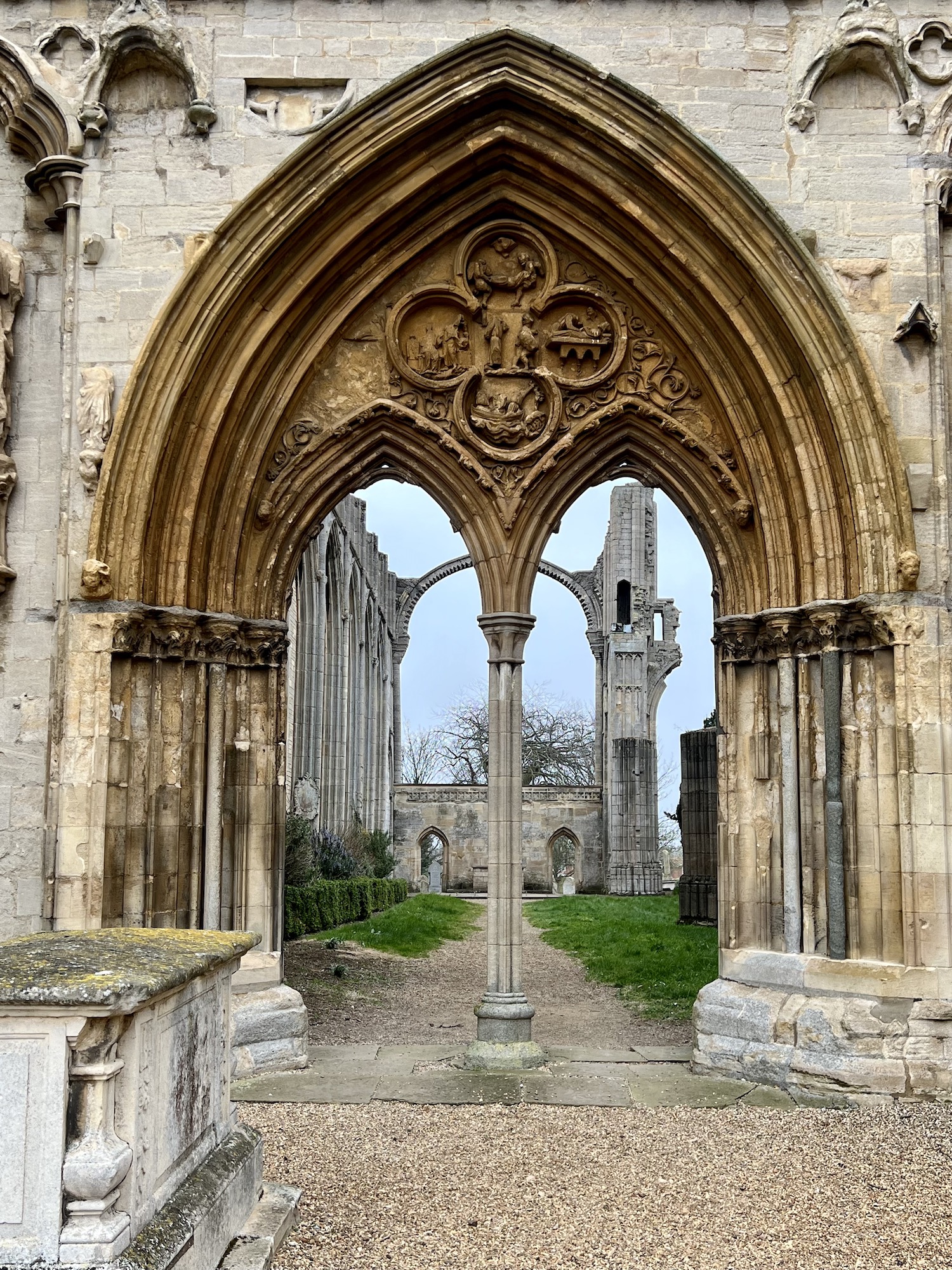 My last journey back in time leads me to Ryhall, a small and peaceful village northwest of Peterborough. The church of St John the Evangelist is a light-flooded place, very different from the rather dark and gloomy places I had visited before. Special is this church for the carved heads below the roofline- rather friendly chaps compared to the usual gargoyles. But more intriguing is, of course, the remnants of an anchorite cell at the western end of the north aisle. St Tibba, a kinswoman of St Cyneswithe and St Cyneburgh of Castor, lived here as an anchoress in the 7th century. She became the patron saint for falconry (but why?). Today, the little opening, which would have been the window to the world for the anchoress, fitted with blue curtains. Why exactly this interior design feature has been added is not clear (pers. Comm. The Revd. Jo Saunders, Priest of Ryhall).

My journey continues to the church of St Pega at Peakirk. The Grade I listed building has this typical dark and gloomy atmosphere – not in a negative sense – but as a place radiating safety and warmth. St Pega, the sister of St Guthlac, died and was buried here. But her shrine was destroyed. Remnants of the reliquary in which her heart was kept can be seen in the south aisle window. Also, the morality paintings of the 14th century on the nave walls are impressive (source: Historic England, Listing). The foundation of her brother St Guthlac at Crowland will be my final stop for today. The graveyard surrounding the church is a landscape of ancient gravestones at various angles and old trees and bushes – a peaceful place for the living and the dead.

Crowland Abbey is an impressive place. The present church occupies only the northern aisle and is still a grand place. The image of what the complex would have looked like shows that this was only a small part of the Abbey with adjacent monastic buildings. Today, the impressive central arch is blocked by a stone screen placed here after the destruction of the Dissolution and would have faced the other way around, with the elaborate carvings facing west. It is not known if the hermitage story of St Etheldritha at true – doubted by some experts because Crowland was known for medieval forgery (pers. Comm. Barbara Yorke), but Sybil, the tour guide shows me where her and Guthlac’s cell might have stood (at the western end of the medieval nave west front). Nobody knows, but it is a good story, and Crowland abbey is definitely worth visiting for the tangible remains of the early Christian community.

What is this blog about?