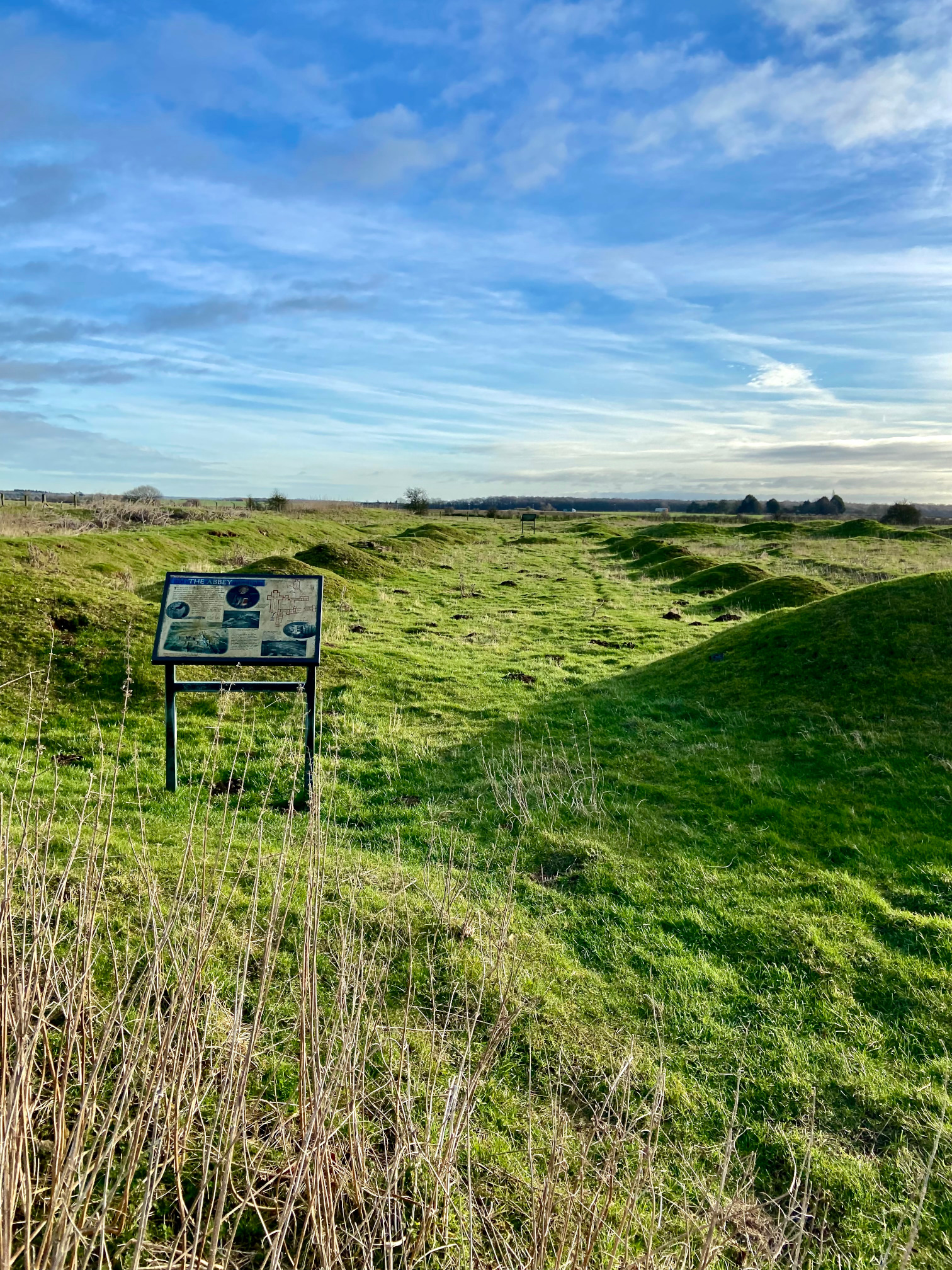 Today, I set off to explore the landscape where Ethelbert and Osthryte founded their monastery: Bardney. My first site visit on the journey back into Anglo-Saxon times leads to Bardney Abbey, located approximately half a mile north of the village of Bardney, Lincolnshire. As a landscape archaeologist, I was preparing the site visit with a look on Google Earth to start with. The site is a scheduled monument, and the ‘lumps and bumps’ – traces of the remains of the priory founded in the 11th century and a later house and formal garden are still visible on the ground. A 3D model of the site created by Stephen Eastmead1 can be found here.

The original Abbey at Bardney was founded not later than 697 by the Mercian King Ethelred and his Northumbrian Queen Osthrythe, the daughter of King Oswiu of Northumbria (more on the history can be found in our research blog). The original abbey was destroyed by the Danes – as you would expect in these days. After the Conquest, a Benedictine priory was built on this site by Gilbert de Ghent, which was later raised to the rank of ‘free Abbey’ by his son Walter in 11152. The abbey declined from its former glory during the Anglo-Saxon period, and after the dissolution, the landscape was redesigned into a formal garden with a private house now known as ‘Abbey Garth’3.

The landscape of Ethelbert’s and Osthrythe’s first monastery might have looked different to what we can see today – pasture land, drains, farm buildings and tracks, but the topography is remarkable. The flat land stretches as far as the Lincolnshire Wolds in the east, visible as a thin dark green stripe on the horizon on a fine, sunny day as today. The old River Whitham lies half a mile to the west and probably served the monastery ponds. The buildings must have made an impressive landmark in the plain. Today, the place radiates a sense of calm. A farmer is moving boxes of potatoes in the distance. A dog is barking somewhere. The birds are the dominant sound despite the scarcity of trees in the surrounding landscape. I leave the peaceful atmosphere of the abbey grounds with a peaceful mind and a fantastic impression of a landscape that saw centuries of monastic life, leaving its imprint on the land for our imagination (have a look at the location of the photographs on the ‘Interactive Map‘).

Saints and the theme of ‘water’