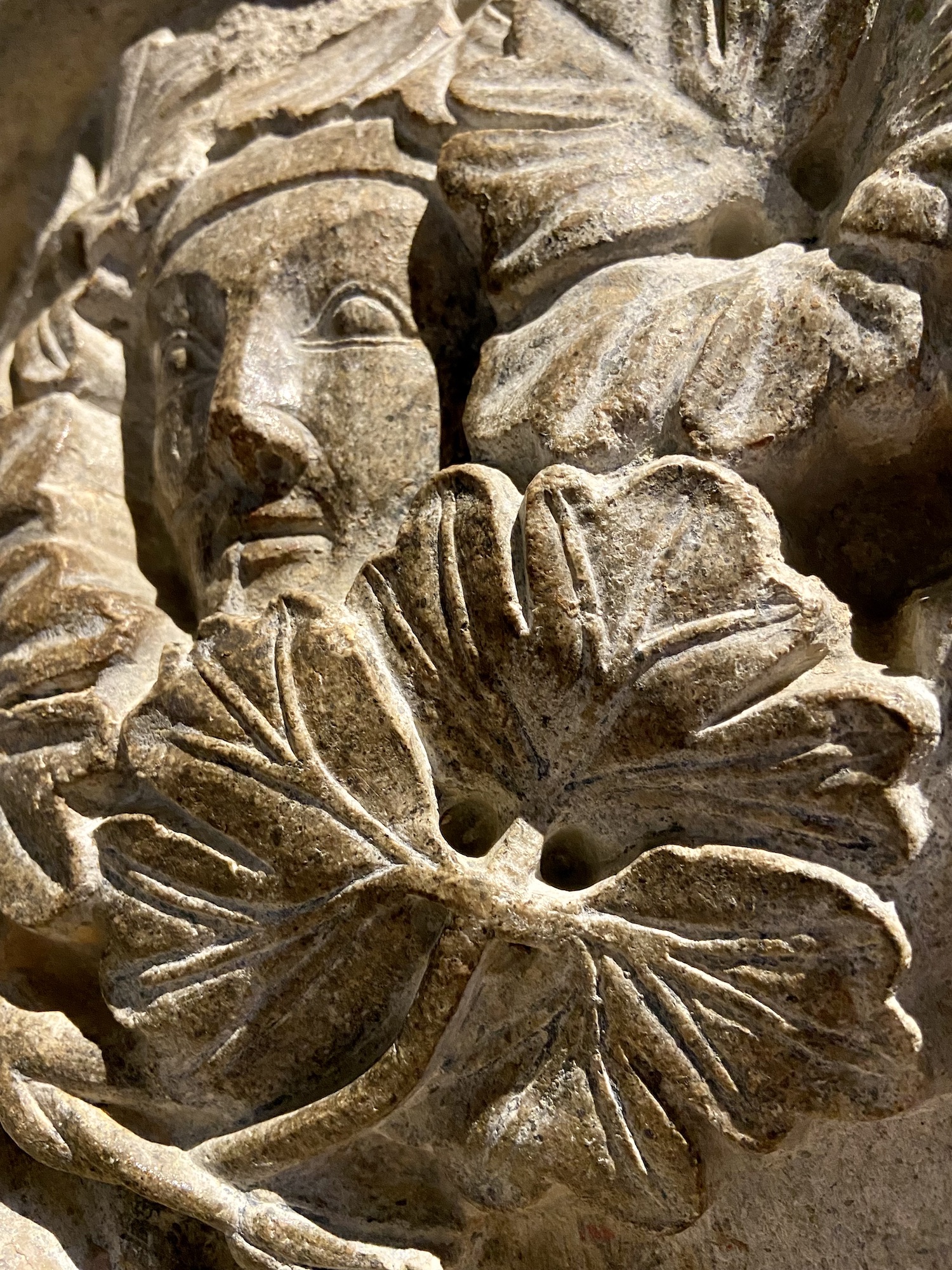 The patron saint of Oxford and the university is Saint Frideswide (c. 680 -727), meaning ‘peace’ and ‘strong’. Her ancestry is not clear. The earliest written account of her life is provided by William of Malmesbury (c. 1125),  who recorded that she was a princess of Mercia (perhaps the daughter of a sub-king of Mercia, Didan of Eyansham, who granted her a life of chastity and Christian devotion). When a king, perhaps Aethelbald of Mercia, set his mind on marrying the virgin Frideswide, she fled and hid on a pig farm near Oxford. This place is said to have been at Binsey, where today the church of St Margaret of Antioch and St Margaret’s Well is situated. I have to see this place, where legend has it, that not even pigs could deter her suitor from pursuing her. Frideswide prayed that something would happen to save her from his advances and shortly after, he was struck with blindness (from which St Frideswide cured him after he had given up on the marriage plans). A narrow lane leads towards the small church, getting even narrower the closer you get. The place is probably not less remote and rural than it was back then (apart from the A34 running to the west past the site). Despite signs of civilisation, the place has something inherently green, simple and peaceful.

After St Margaret’s Chapel at Edinburgh Castle, this is again a place of warmth, comfort and unostentatious modesty. The church was built on the site of an earlier, Anglo-Saxon church. The oldest part is the Norman arch of the south entrance in the typical zigzag pattern, dating to the 12th century. There is no colourful decoration, no awe-inspiring grandiosity and no electricity (all services are held at candlelight – how atmospheric must this be!). The door is unlocked and a dim light filters in through the windows. Sitting down on a bench, it almost feels like there is no rush to move on.

Outside, a small graveyard lies in the shadow of large old trees, and the well of St Margaret, which apparently heals various ailments and was the destination of pilgrimage, is set to the west of the church. The theme of a well is often associated with Anglo-Saxon female saints, and I will visit many more over the next weeks.

Moving on from this modest, remote place, the contrast could not be more dramatic than visiting the cathedral of Christ Church College. Here, the grandiosity, breathtakingly detailed, large stained glass windows, telling the story of St Frideswide’s life and, of course, her shrine from the 13th century mark the place of her first church in Oxford. Frideswide also appears in the stained glass window of the Latin chapel dating to the 14th century and the centre boss of the chancel vault. Despite the overwhelming grandiosity of the cathedral, it is a place of peace and contemplation for me (especially as the cathedral is closed to the public today).

Despite the unclear genealogy and late source for her life, Frideswide presents an Anglo-Saxon female saint and a woman of the 7thcentury who continues to inspire almost 1300 years after her death.

David Clarke, The history and architecture of St Margaret of Antioch, Benefice of Osney

Saints and the theme of ‘water’